The Artist’s Inheritance is available at Amazon for Kindle and Paperback, (or Createspace) and at Smashwords for other e-formats.

Caitlin walked into the Bean on Tyme Café and found Beryl working behind the counter. Her friend left her station, and hugged her in greeting. “Wait! I have just the thing for you.”

She slipped back to the coffee machines and poured a steaming cup of something; she also opened the goodies cabinet and pulled forth a slice of rich carrot cake. She carried it to a nearby table and Caitlin followed. “Not your traditional lunch, but I hope it will suffice.”

“Good. I won’t lie and say it’s my recipe, but I’ll take whatever credit you wish to give.”

Caitlin giggled and sampled the tea. The strong scent of cinnamon and apple filled her nose.

“Nothing’s happened.” She set the delicate teacup aside gingerly. “Trevor is spending all his time with his store—when he’s not hard at work in the attic.”

“I see.” Beryl laced her fingers together and rested her chin on them. “Any more new chairs?”

Caitlin spun the spoon inside her cup. “Half dozen.”

She sipped again and collapsed against the seat, weariness stealing over her. “I guess it’s not so bad. He could have three dozen more. I guess the store gives him more to obsess over. What about this woman you mentioned?”

Beryl looked around the café, and lowered her voice. “It’s a ghost, or in your family’s case, it could be a banshee.”

“Gwrach y rhibyn.” The thought of the ghostly woman in question made Caitlin shudder.

Caitlin remained silent, waiting for her friend to fill in the blank she already guessed at.

“Her appearance to someone usually means a death’s about to occur. Let me venture a guess: your family has a strange history.”

“Oh, sweetie, no.” Beryl laid a hand over hers. “Not if I can help it. What about your friend and mine, Mr. Hofter?”

Juli D. Revezzo is a writer of paranormal fantasy who always finds a way to add a splash of magic into her work. Ghosts and gods drive a certain witch up the wall in her Antique Magic series. Book one, THE ARTIST’S INHERITANCE, is available at Amazon, Createspace, and Smashwords. 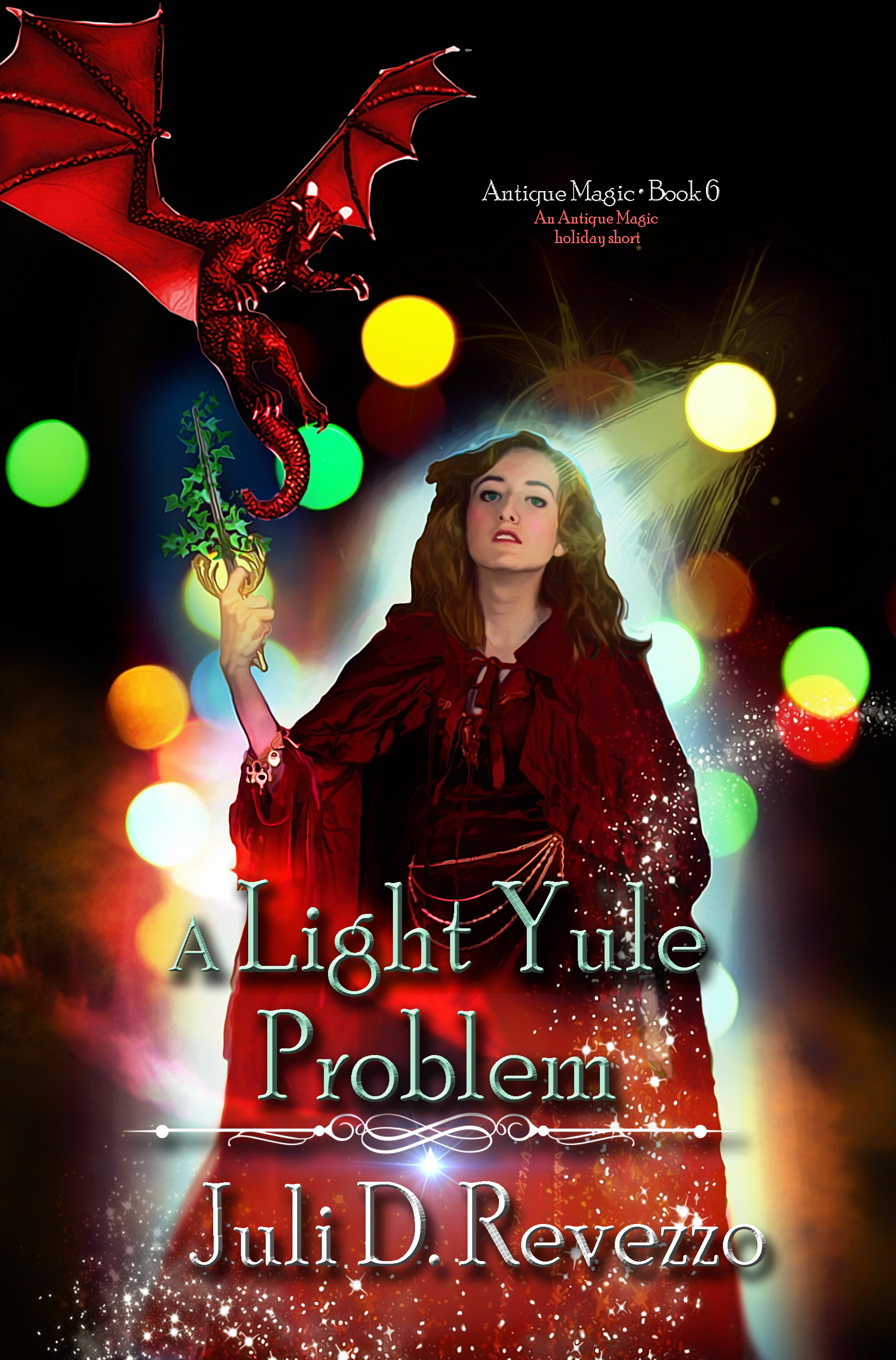