The Camden Girls series concerns the Camden family, whose father runs one of the first subway systems in London. There are currently two books in series.

The series continues in the newly-released second book, which follows on the events of book one. However, the hero and heroine are friend and cousin, respectively, of Honorine. 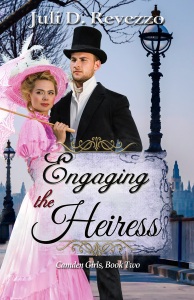 Edwin Hetherington needs a fiancée, not a wife.
Years ago, his Irish family lost everything to an unscrupulous landowner–including the family title. Now, the elderly scalawag offers to make amends if Edwin weds Miss Jera Camden. As far as Jera is concerned, so long as she manages to avoid marriage to a certain Scotsman, the bluestocking is delighted to pose as Edwin’s blushing bride-to-be. Can Edwin and Jera dupe the old codger into honoring his promise before the wedding date arrives … or will their clever scheme result in wedded disaster?

You can read a sample here:

The series began with Courting the Stationmaster’s Daughter (book 1), available at Amazon. 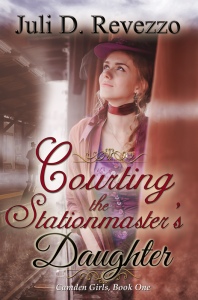 After Honorine Camden is jilted, leaving her stunned and sparking a scandal in her tiny London borough of Wallflower, she’s devastated. But when she overhears her father, the stationmaster, talking about arranging a party for their newly-minted underground railway station, she volunteers to help. Although she’s intrigued with the handsome assistant stationmaster, Shane MacIntyre, she never expects to fall head-over-heels in love with him. Unfortunately, one tragic accident might derail everything.

You can read a sample here:

Look for more in the series in the future.

New in the Stewards War series: 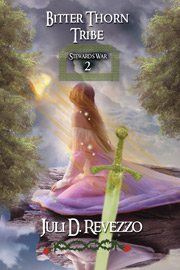 Available at Kobo, Amazon, and Itunes