Happy Tuesday? It is Tuesday, right?

Okay, okay, girls. Stop looking under the kilts. 😉  We all know what’s under there.  Or do we? I don’t know about wearing a heavy tweed skirt in summer, do you? (Okay, so it’s sweltering here). The weather makes everything just a wee bit uncomfy, doesn’t it? Nonetheless, I am writing (or #amwriting for those of you on Twitter!) and spoke with author Beth Trissel recently about my new release–about the ever-popular topic of men Kilts ;). Interested to learn a little? Then you can see the post here.

And check out Beth’s books while you’re there. They are fantastic! 🙂

Author S.G. Rogers is having a free day for her latest Victorian Romance novel DUKE OF A GILDED AGE, today only (August 1st)…..

Okay, yes, I am still doing the Snoopy dance. Speaking of …. This Sweet Saturday Sample comes to you from my brand new release from , Passion’s Sacred Dance, This shows the hero, Aaron, in a little battle to save his charge (soon to be beloved) Stacy. (FYI, Harshad is the name of his army’s special sword-like weapons):
Excerpt:
Aaron planted his stance against the ground like the roots of a great oak tree, and pulled out his harshad. He flipped the handle over in his hand and two flail-like ends emerged. The ends cut through the glass wall, and snaked around the lawyer’s throat like metal ropes, before tightening.

The lawyer’s face began to turn red. Rendered immobile, he stumbled easily as Aaron gave the handle a hard tug. Stacy screeched as she tripped along with him. Aaron stepped through the wall, pried Bradley’s fingers from Stacy’s flesh, and shoved her protectively behind his back.

“Do me a favor,” he ground out between clenched teeth. “Call the number I gave you yesterday. They’ll  do us more good than 9-1-1.”

Stacy turned and ran for the hall as the lawyer  hissed out, “You should learn not to get involved,  unsavory one.”

Aaron swallowed his relief when he heard Stacy slam the door against the wall. He turned his attention back to the cackling lawyer.

“I would give you the same warning, human.” Aaron studied the man in earnest, his voice calm.

“You  have no idea what you’re involved in.”

“I should say the same to you.”

“Oh, I know the depths of their malevolence.” He tugged Bradley’s shirt collar down to reveal the glowing green eye tattooed on his chest. The lawyer’s breathing became more shallow, and sweat trickled from his temple.

“Do you know what you’re dealing with? Think long and hard about which side of the debtors’ line you’ll be on when the battle comes.” He slung the lawyer around, towards the back door. “Tell your masters this ground will carry my brand when all is said and done, or I shall gladly hound them to the ends of their unnatural lives!”

That’s one of my favorite scenes. Aaron’s such a bada** in this one. But he’s got good reason to want to disembowel this fool, don’t you think? Some nerve this guy has, messing with his woman. 😉

Unless Stacy Macken can stave off her creditors, she may lose her renowned history center. Yet she knows in her heart that the center is sacred and what a catastrophe losing it would be. How much of a catastrophe, she hasn’t a clue.

Until Aaron Fielding arrives with his tales of magical guardians and the Tuatha dé Danann, sworn warriors from Celtic legend who protect humanity from a wicked enemy seeking their destruction.

Is the end of the world imminent? What can she, a modern woman and her warrior lover, possibly have to offer when a long-prophesied druidic mythic battle explodes around them?

Passion’s Sacred Dance is available at Amazon, Barnes and Noble, Smashwords, and Createspace.

If you’d like to check it out, it’s available now on Amazon. For more Samples see  Sweet Saturday Samples

My friend  Anna’s new novel released today. Check it out: 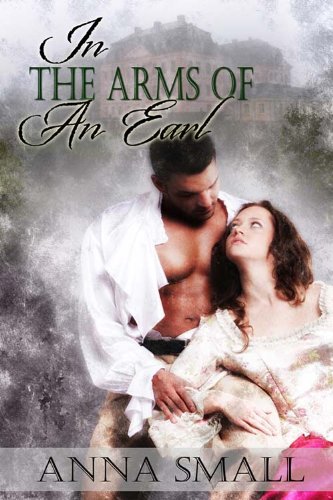 In the Arms of an Earl

Composer Frederick Blakeney lost his hand in the war against Napoleon and has given up on finding someone who will love him as he is. Jane Brooke, an insecure spinster, dreams of meeting her true love and being swept away from a mundane life. A chance encounter and their love of music bring them together. Life is perfect until Frederick inherits an earldom and its responsibilities, throwing them into the intrigues of the Ton and the cruel manipulations of his meddling sister-in-law.

When mistrust and gossip tear them apart, Jane discovers the truth too late. Can they confront their doubts and follow their hearts to claim the love they deserve?

If you’d like to check it out it’s available at Amazon, The Wild Rose Press, and Barnes and Noble. Anna, on your new release!

First off, guest spot. I’m over at *squee* The Speculative Salon today talking about …well, you’ll have to come and see. The post is up here.

Anyway, I got some geranium clippings this weekend. I hope I don’t kill them! We’ll see. If they live, I’ll post a picture (these here are not ours, but just pretty. I hope mine turn out that fruitful. :)) Anyway, guest post. :)Do stop by Speculative Salon and say hi! Oh, also don’t forget…Indie Historical romance author Merry Farmer post on my other blog is still up and includes a giveaway. It rocks that she got so many likes, y’all (*smiles*) but you’ll need to leave her a comment so I can have someone to pick from. Clock runs out this Friday…. Meanwhile, Happy Labor day, everyone–if you have the day off.