Sorry I didn’t get a chance to post the Monday movie. I was busy…writing, and blogging elsewhere (and freaking out a little, I must say). Where was I? you ask…Oh, all right. I’ll tell you. Hanging out with a very nice bunch of… well, nuts. 😉 I hope they take that as a compliment. It *is* part of their name, after all. Yes, I was featured over at the great horror blog Ginger Nuts of Horror. Want to learn a little about me and my dark/supernatural fiction works (or just poke around a great site) this is it:
here.

🙂 This was kind of a coup for me. Thanks to Jim for hosting me!

Good morning! I hope y’all are doing well this morning. I’m just popping in here (with coffee! ;)) to let you know, I have a little feature over at Mad Gods. You can see it here.

Have a great day, y’all!

Hi gang, I hope you’re all doing well today. I am busy. Revisions, guest posts. 🙂 That kinda boring author stuff. (Okay, I maybe watching a bit of ONce Upon a Time too. ;))

I am guest over at the lovely Paranormal Reads blog today. Do stop by!

And check out the goings-on on their Facebook page: http://www.facebook.com/pages/Paranormal-Reads/210602165622398
(there’s some goodies stuff upcoming tonight. ;)) So check it out!

I’ve not gone missing…I’m thawing…or freezing depending on the day. 😉 And Christmas, well, had to go see the family…it’s a bit of a downer since we’ve lost some members recently but we do love to get together. While trying not to think too much on the downer stuff,  I’ve been enjoying the Venture Brothers. I don’t know if any of you have seen that but it is hilarious!

I’ve never been a drummer before, but I do love the monthly drumming circles.

For Christmas I was working very diligently on something writing-like–and except for the cookies I made didn’t get it done on time. Hope to have it done  to release soon. It’s formatting currently.

In the meantime, did you see I was interviewed in Eternal Haunted Summer this week? It’s up here if you’d like to see. I also have a new story there as well as do some other very talented authors and poets. Do check the new issue out if you have a chance. Happy Holidays, everyone!

Wow! I just stepped outside and it’s warmish today. Winter in Florida, eh? Don’t worry. We shall be paying for it come January! *laughs* 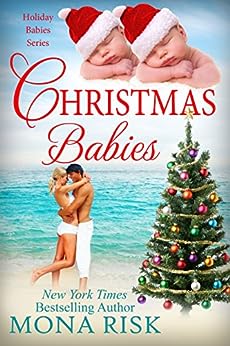 If you’re out and about the web today and tomorrow, I’ve got a few interviews you might find interesting:  I’m featured over at the author Babette James’ today,with an interview: http://bit.ly/Yqqeg8 and tomorrow, I’ll be interviewed at Eternal Haunted Summer, so I hear tell. 😉 http://eternalhauntedsummer.com/ (I’m excited about that one!)

I hope someone here will find them interesting!
Oh and that book link/cover to the left there? No, that’s  not mine. That’s by a new friend of mine, Mona Risk. *waves to Mona* It’s a holiday tale set in Florida and up now at Amazon, if you’d like to give it a peek. Enjoy and have a great day!

Also, while Lynda K. Scott’s taking over my blog, I’m visiting at hers. 🙂 I ask there, what do you really know about your SO? Is it enough to save his life? You can see how I answer it here. 🙂 I hope you enjoy it. Have a good  one!